By Tom Rask, from the Tampa Bay Guardian

At a special meeting Thursday , the Hillsborough Area Regional Transportation Authority (HART) board of directors fired its $210,000 per year CEO Ben Limmer for violating several HART policies. The firing was “for cause,” meaning that Limmer will not get the severance pay his contract calls for.

However, that special meeting itself violated HART policy, which means that any official action taken at that meeting may be void. That includes the firing of Limmer.

The special meeting had been called four days earlier at the HART regular monthly board meeting on February 3rd. After receiving this investigative report about Limmer from the law firm of Carlton Fields the evening before, a 15-minute discussion ensued about when to consider the report.

Hillsborough county commisioner and HART board member Mariella Smith asked for more time to review the report. Ultimately,  and by a vote (video), the board itself set the special meeting for four days later.

However, HART’s own policy on meeting notices states the following:

“Except in the case of an Emergency Meeting, HART shall give at least seven (7) days public notice of any public, regular, special or informational meeting, hearing or workshop.

The “at least seven days public notice” requirement was thus not met, and any actions taken at the special meeting may therefore be void.

If so, the board will have to meet, consider the issue anew, and fire Limmer again.

HART’s board chairman is Hillsborough county commissioner Les Miller, who chaired both the regular and special meetings. Hillsborough County commissioners Pat Kemp, Kimberly Overman and Mariella Smith, as well as Tampa mayor Jane Castor also sit on the board and attended both meetings. Eight other local politicians and political appointees sit on the HART board and had the opportunity to participate in the discussions at one or both of the two meetings.

Despite a 15-person board supposedly exercising oversight on behalf of the taxpayers, the board overlooked something: during all their pondering of Limmer’s policy violations, apparently not one board member bothered to consider whether the HART board itself was adhering to HART’s 393-page policy manual while firing Limmer. 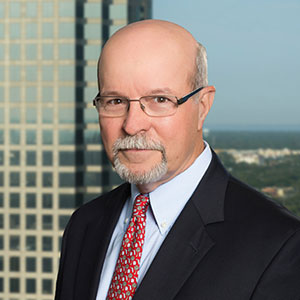 David Smith (no relation to Mariella Smith), an attorney with Gray Robinson and HART’s long-time and highly paid general counsel, said the following during the discussion to set the special meeting (video):

The only question I have, not having the policies before me, and this board never having set a special meeting while I’ve been here, is whether you need to have a date certain when the board sets it.

Smith thus referenced those very HART board policies which the board then proceeded to violate in setting the special meeting. Smith clearly stated that a date certain was “the only question” he had about setting the meeting, not whether the required meeting notice was being given.

It is not clear if it is David Smith’s or chairman Les Miller’s responsibility to ensure that HART meetings comply with the policies that the very same board sets. Smith was busy last week, arguing a major case for HART before the Florida Supreme Court in Tallahassee on the Wednesday between the Monday and Friday HART meetings.

Smith further said that he will be “checking the transcript” next week, but did not say whether a do-over meeting would be needed to fire Limmer once again. If they need to fire Limmer again, then Limmer would have something in common with most pottery in needing to be fired more than once.

Fired CEO Ben Limmer was not immediately available for comment.